A narrative of a Turkish-speaking governor

A narrative of a Turkish-speaking governor

“It has only been three years since I came to the UK and I cannot believe that I will be a governor for the next 4 years.

I became a governor because I am an academic and I have a strong commitment to education. On top of that, I am in a unique position to be a bridge between the Turkish-speaking community and the school. What we do there is very practical and real.

So if you would like to play a role and have a commitment for your society we can only do it together.”

These were my sentences for the governor recruitment campaign video that I recorded for HEP in July 2021. The following lines are two years’ worth of accounts (one year as an associate member and one year as a governor) about my role as the bridge between two Turkish-speaking communities* and Campsbourne Primary School. Hoping that it will result in some inspiration and more conversations about the issues that the Turkish-speaking community face and how those are linked to the larger discussion about diversity and inclusion.

*Turkish-speaking community is an umbrella term to refer to the Turkish, Kurdish and Turkish-Cypriot families who usually speak Turkish. Yet it might be a mistake to believe they would melt in one cultural pot, due to the distinct etnic/religious differences among them.

“The governor’s role is strategic, not operational”

I will start with the most challenging part of my role as a governor, since most of the issues faced by the Turkish-speaking community are operational. My engagement story with Campsbourne Primary started with a practical need. As a mother of a reception child who hardly had one term of education/adaptation due the Pandemic that started in March 2020, I was all-ears to any instructions coming from school or Haringey Public health. Throughout times of crisis, those communications are vital. It took me a while to realise that there were parents in the Turkish speaking community that are either unaware of such correspondence or have no means to read/understand them, so I started by offering my translation services to the school for any information that they would send to the Turkish-speaking community.

The school welcomed the offer and I gladly started to proof-read /translate the letters.

My gratitude goes to Jonathan Smith (our head teacher), as he has always welcomed my service and also implemented “curious educator” comments on the letters. E.g. Sending a letter translated into Turkish and asking parents give a call to the office concerning their child’s club attendance might not be enough, since most parents are shy when it comes to speaking English or calling the school. Instead, you could add a checkbox under your letter to be filled and returned the next day.

Such exchanges created a basis for communication between us and also highlighted the other needs of the Turkish-speaking community, such as having limited access to internet or not checking emails but prefering WhatsApp or SMS. E.g. Sending an email was not a guarantee that the message had been received.  Using multiple mediums in addition to email might be needed such as a printed letter followed up with an SMS reminder till they develop the habit of regularly checking their child’s book bag or parent’s mailbox.

Each year, I continued to proofread the termly newsletters which give information about the upcoming terms’ curriculum and also the end of year reports. Such information helped give insight to parents and build awareness about what was going on at the school.  Here it is important to explain in further detail what I mean by ‘proof-reading’. The initial job was done via Google Translate, but for critical information such as health and safety or the end of year reports, it was important to do a proofread which is more than a straightforward grammar check; it is about checking the correct use of words and making sense of them. For example, the end of year reports come with a key which serves as an abbreviation for each subject such as WB, WT, M and MA. Such abbreviations are like gibberish for families or even Google translate. Some parents who had spent over five years in the British schooling system, revealed that, for the first time, they finally knew what those letters meant.

At the end of 2020, I was invited to be a part of the Governing Board. My name had come up when the GB was in search of a candidate from the Turkish-speaking community, as a result of their diversification strategy. I felt very honoured to be nominated by the parents. My months-long experience and engagement with Turkish-speaking parents in Campsbourne showed me that they are no different from other parents in the school community who care for their children’s health, wellbeing and academic careers. They might have limited means to access, follow, or support the schooling system but they do have the will and the right intentions.

For the past 18 months, it has become my role to convert all that practical information and experience into a strategic level, since my existence at the school or on the board will not last forever. Below you can find some of the strategic/monitoring prompts I have for school leaders who would like to take Turkish-speaking community issues on board: 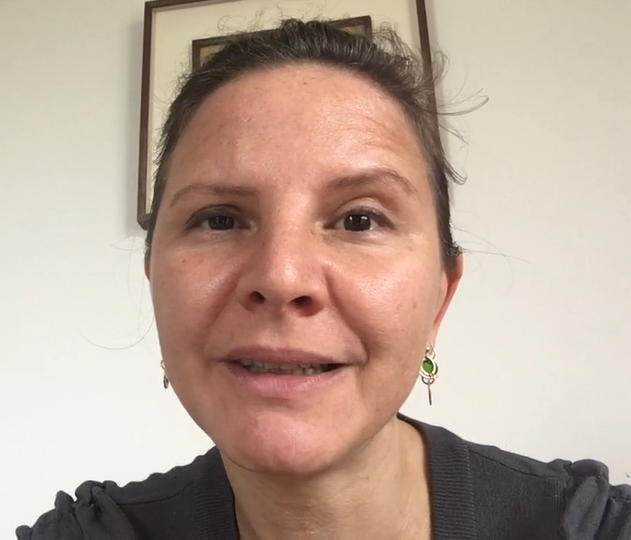 Ayca became a governor in 2021, she has been serving as a bridge between Turkish/Kurdish communities and the school since her daughter joined Campsbourne in 2019. Ayca works as an independent lecturer, she is a sociologist, specialising in cultural policy and also keen on developing ways towards an ecologically sustainable future. She is into pickle making, composting and growing indoor green plants.